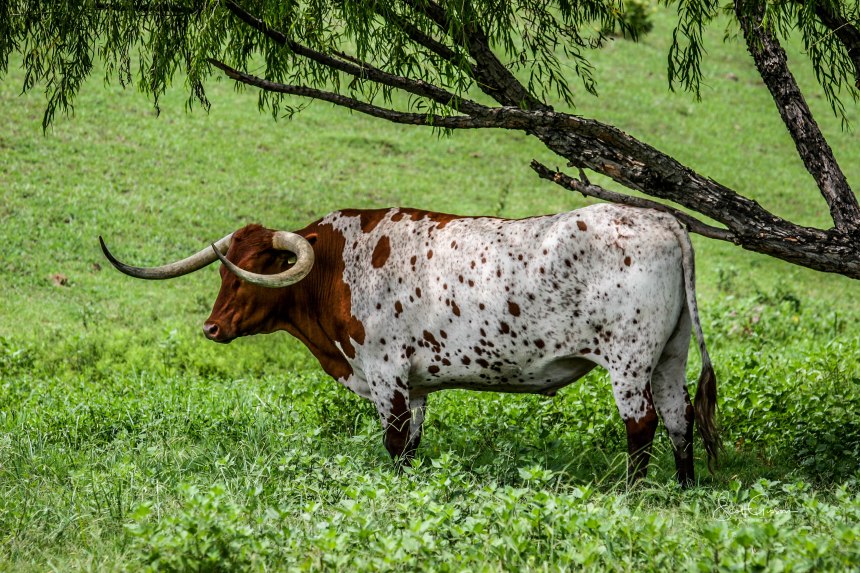 This morning as we were driving in the hill country, we passed a small herd of nice looking longhorns which reminded me of a photo I took in 2005 in down town Dallas. On the banks of the Trinity River in the southern part of downtown Dallas on Riverfront Drive, there is large gas station named Fuel City. Before they expanded, they had several acres fenced off on the north side of the river that held a small group of longhorns. This guy was the best looking of the group and the day I was there and was standing under a shade tree and not willing to move. I was trying to get a different angle but yelling at him was no help so after some time, I ended up with this pose. The spot where he is standing is now a car wash!